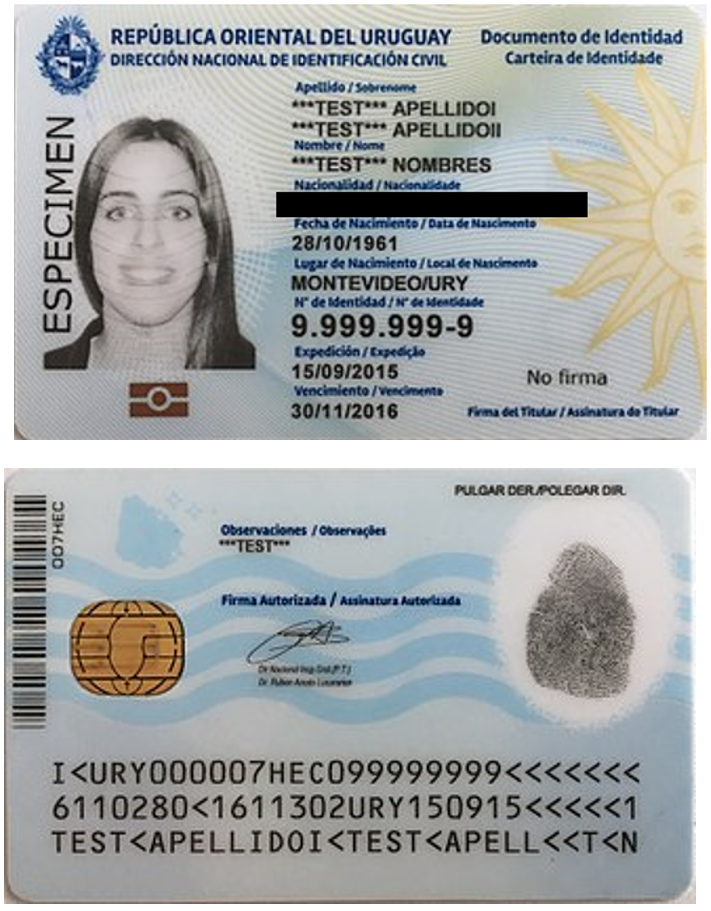 In Uruguay, the Permanent Secretariat of the Refugee Commission (CORE) is the state body in charge of processing applications for refugee status in accordance with the 2006 Law No. 18.076 on refugees.

Since 2015, it is required that when individuals request for recognition of refugee status with CORE, they file for a provisional identity card with the National Civil Identification Directorate (DNIC), the body in charge of identifying all natural persons who they inhabit the territory. The DNIC has offices in different cities and towns in the country as the procedure for obtaining the identity card is carried out in person, with a prior appointment obtained online, and after having processed the “arrival certificate” with the National Directorate of Migration (DNM), another government body.

Upon issuance, the identity card issued for asylum-seekers is valid for two years and it has sophisticated security features. The identity card is built on polycarbonate and is printed with laser engraving, guaranteeing its durability, as well as making it impossible to erase or replace data. It also has different security features (for example, guilloché screens and OVI ink; microtext and UV holograms, among others). In addition, the identity card issued for adults has two chips, with different functionalities, among which the following stand out: Obtaining visible data on the plastic (except the image of the fingerprint and image of the signature) in electronic format, Confrontation biometric of a fingerprint captured against the fingerprints of the person, stored in the document and a pair of keys and a certificate of Advanced Electronic Signature of a Natural Person.

The identity card is mandatory for asylum-seekers, as well as for any other inhabitant of the country, whether national or foreign and is issued for children from 45 days. The document allows to prove the condition of asylum-seeker and the regular stay in the country. However, it does not explicitly mention the status of the asylum-seeker whose application for refugee status is pending, but rather the body with which it is processed (CORE), which is beneficial when it comes to job placement. In turn, with the ID, people can formally work in Uruguay in accordance with current national regulations and access all public health and education services.

-Since 2015, all the people who applied for asylum in Uruguay had access to a secure document.

-The fact that the document is valid for two years contributes to the efficient use of resources, since people need not go to the offices to extend it more regularly.

-Additionally, the document is identical to the one used by the other inhabitants of the territory contributes to the process of integration of the population strengthening access to economic, social and cultural rights and limiting possible discriminatory practices.

The latest generation of identity cards have a high cost.

The pandemic led to the closure of public offices for some periods. However, the DNIC was one of the first offices to reopen with all the appropriate health measures in place. Thus, through a pre-appointment system, people were able to continue with the documentation process.