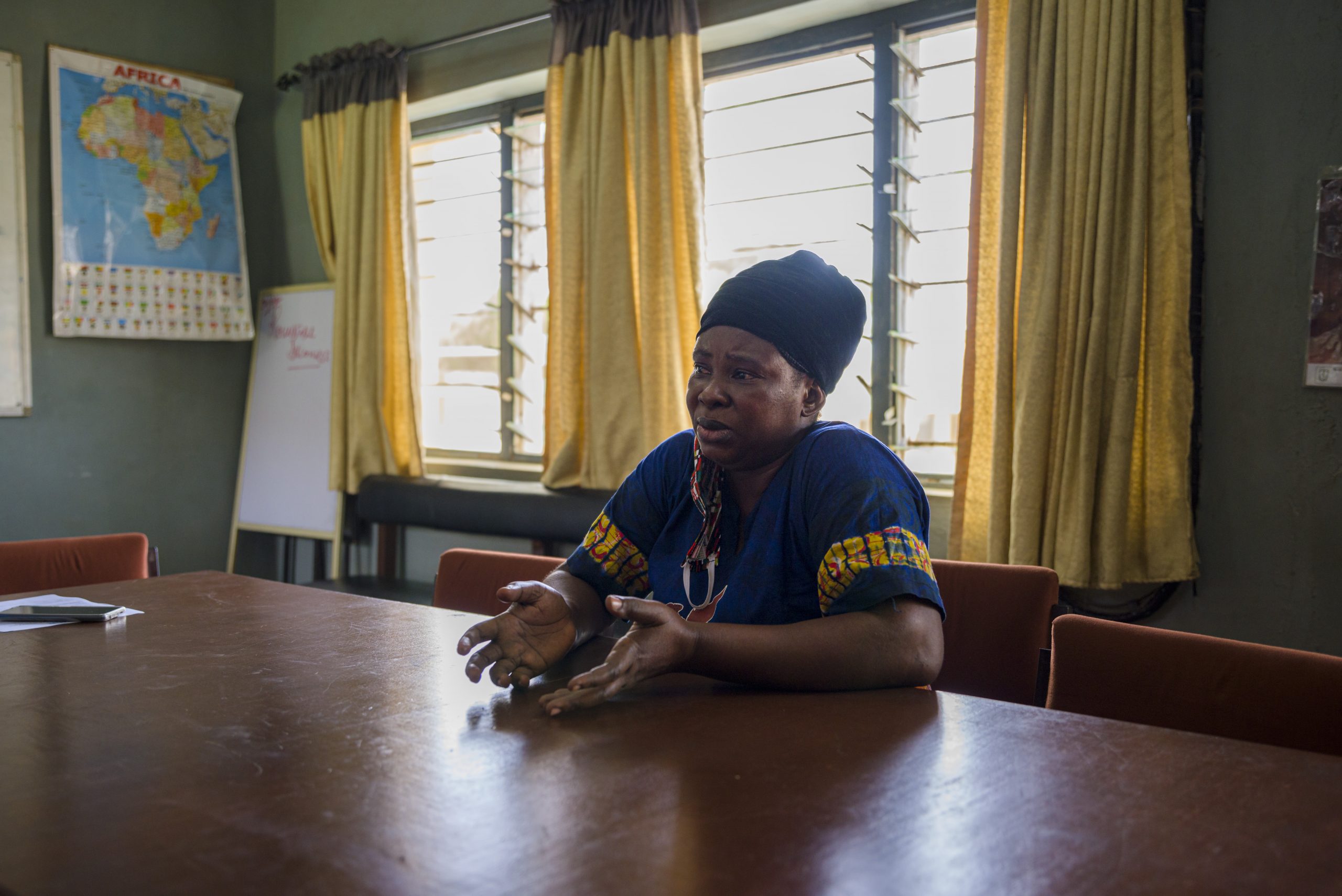 In Nigeria, the Eligibility Committee is responsible for matters relating to the determination of refugee status in the first instance under the National Commission for Refugee Act, 2004 (NCFR Act). In addition, the NCFR Act established the Refugee Appeal Board which acts as the second instance quasi-judicial body and hears appeals against the decisions of the Eligibility Committee.

Asylum-seekers whose application for asylum is refused by the Eligibility Committee, have the right to appeal before the Refugee Appeal Board, against the decision within 30 days by virtue of Section 8 (7) of the NCFR Act.

In 2016, the Refugee Appeal Board requested UNHCR to facilitate the access of rejected asylum-seekers to legal aid to ensure a fair hearing and guarantee procedural safeguards. Although the Legal Aid Council in Nigeria is permitted to give legal assistance, it is not extended to refugee status determination (RSD) procedures.

In response to this, the Justice, Development and Peace Commission (JDPC), a faith based non-governmental organisation (NGO) which at the time, was already running a legal aid/alternative dispute resolution programme offered to extend its legal aid services for rejected asylum-seekers with the aim to bring before the Refugee Appeal Board, any legal or factual error inherent in the decision of the Eligibility Committee and fulfilling the right of appeal of asylum-seekers inherent in the domestic legislation.

In addition, to support asylum-seekers living outside of its operational area, JDPC deploys lawyers on mission to Lagos State to provide counselling and legal aid services for the submission of appeals. The lawyers after counselling sessions with the asylum-seekers, assist in the preparation of the required procedural documents which are then submitted to the Appeal Board for review and decisions. Although, JDPC works in collaboration with UNHCR on projects (livelihood/self-reliance and primary/secondary/tertiary education) its legal aid programme is not funded by UNHCR. UNHCR support is limited to provision of interpreters as well as facilitating deployment of lawyers through the provision of daily subsistence allowance (DSA) and/or transportation support only.

The legal assistance being rendered by JDPC to asylum-seekers in appeal cases, has ensured their access to international protection in accordance with the provisions of the NCFR Act, the OAU 1969 Convention, 1951 Convention, and the 1967 Protocol. Consequently, asylum-seekers’ chances of obtaining protection are further improved.

The practice has also enabled asylum-seekers and refugees to benefit from the expertise of the JDPC in non–asylum matters like tenancy, police cases and employer-employee matters etc.

In addition, the practice has contributed to reducing the backlog of asylum applications that had accumulated over years particularly before the Refugee Appeal Board was inaugurated in 2016 and the access to legal aid was intiated. Asylum applications rejected at first instance were therefore pending for many years. The practice therefore contributed to ensuring that processes are fair and processed in a timely manner.  While there are many instances of abandoned asylum applications at first instance and on appeal, access to legal aid has provided opportunity for rejected asylum seekers who would otherwise have abandoned their right to appeal to seek review of the first instance decision of the eligibility committee with support of the practice.

The practice has further strengthened the synergy and partnership between NCFRMI, JDPC and UNHCR.

Legal counselling sessions for asylum-seekers and refugees in the first and second quarter of 2020 could not be held as a result of the COVID-19 pandemic and consequent government measures that were put in place to check the spread of the disease such as lockdowns, social/physical distancing, and curfew etc. The pandemic also affected the provision of legal services and assistance for asylum-seekers whose cases are awaiting appeals could not be undertaken in year 2020 due to the lockdown measures imposed by the Government. The focus of service providers shifted to advocating for access to territory for asylum seekers and issuance of attestations by UNHCR and NCFRMI pending the resumption of RSD processing

In addition, improvements in providing free legal aid to asylum-seekers have been shown to be cost-effective and increase the quality of the system to the extent that it has brought the processes in line with international standards. Rejected asylum seekers previously struggled to present their written submissions and often inadequately doing so. This led to the members of the Refugee Appeal Board raising concerns about the quality of these submissions thereby negatively impacting the right to seek asylum. The RAB advocated for specialised support to rejected asylum seekers.

It has been observed that applicants that benefit from an efficient asylum procedure specifically access to legal aid at the first instance will be better prepared and decision quality is strengthened, resulting in a lower rate of appeals. Applicants that have access to lawyers at the first instance are more aware of rights and are better supported to present their claims in a manner that helps adjudication process.

NGOs can play an important role in the provision of legal aid for asylum-seekers in the asylum process.